Conservatism: What It Is, How We Lost It, and How We Find It Again 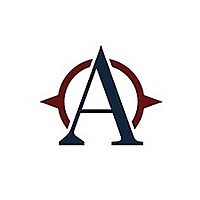 Lecture Info:
What makes the dogma of American conservatism so peculiar is its lack of any discernible conservatism. Tax cuts and more tax cuts, with some free trade mixed in, may or may not be good policy, but they are not conservative in any meaningful sense of the word. America’s challenges in the 21st century are different than those of prior generations, from great-power competition with China and monopolies in the technology sector to failing communities and rising inequality. Neither the libertarian faith in markets nor the progressive reliance on redistribution will solve such problems, indeed it helped to create them. Conservatives, with their appreciation for the nation-state, the rules, and institutions necessary to well-functioning markets, and the strength of the social fabric, have a vital role to play, if they can reassert themselves. Oren Cass will discuss what conservatism is, how we lost it, and the prospects for finding it again in the post-Trump political landscape.

Oren Cass is the executive director of American Compass and author of The Once and Future Worker: A Vision for the Renewal of Work in America (2018). He is a contributing opinion writer for the Financial Times and his work also appears regularly in publications including the New York Times and the Wall Street Journal.

Charles Wheelan '88, Senior Lecturer and Policy Fellow, was formerly a senior lecturer in public policy at the Harris School at the University of Chicago prior to returning to Dartmouth full-time in June 2012. He has also served as a correspondent for The Economist, and written freelance articles for the Chicago Tribune, the New York Times, and the Wall Street Journal. In addition to his work at Dartmouth, he has spent time as a speechwriter, a Congressional candidate and in other policy-related positions that inform his academic work. He has authored four books: Naked Economics: Undressing the Dismal Science, Naked Statistics: Stripping the Dread from the Data, The Centrist Manifesto, and Naked Money: A Revealing Look at What It Is and Why It Matters. He is the author of The Rationing, a novel published in 2019 about the politics of a pandemic. His most recent book is We Came, We Saw, We Left, which is a family memoir describing a nine-month trip around the world. Wheelan is the founder of Unite America, an organization working to promote political change by re-empowering the political center. He earned his B.A. from Dartmouth College, his M.A. in public affairs from Princeton University, and his Ph.D. in public policy from the University of Chicago.