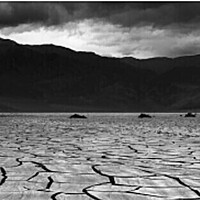 Sponsored by the Nelson A. Rockefeller Center for Public Policy and the Social Sciences and the Mahindra Humanities Center at Harvard University.

Maurice Crandall is a citizen of the Yavapai-Apache Nation of Camp Verde, Arizona and Assistant Professor of Native American studies at Dartmouth College. He is a historian of the Indigenous peoples of the U.S.-Mexico Borderlands (primarily New Mexico, Arizona, and Sonora).

Alaina E. Roberts is a historian who studies the intersection of Black and Native American life from the Civil War to the modern day. She is currently an Assistant Professor of History at the University of Pittsburgh. She writes, teaches, and presents public talks about Black and Native history in the West, family history, slavery in the Five Tribes (the Chickasaw, Choctaw, Cherokee, Creek, and Seminole Nations), Native American enrollment politics, Indigeneity in North America and across the globe, Black and Native American portrayals in the media, and identity.

Host and Moderator Bio:
Cori Tucker-Price is a Guarini Dean’s Postdoctoral Fellow in Ethnicity, Race, and Migration in the U.S. Context. Her research and teaching focus on African American history, religion and the American West, migration studies and religion, and media.

Series Info:
This two-part series will address the paradox of the American West as a historically--and increasingly--diverse multiracial meeting ground as well as a still-mythic landscape shrouded in historical erasures of such diversity by forces of settler colonialism and white supremacy. At a moment when these fractures continue legacies of violence and displacement within our shared landscapes, the goal of the series is to re-envision a healthy civic life in the West by bridging pasts and futures.