Trustees Approve Funds to Complete Designs for the Hop

Posted on January 26, 2022 by Office of Communications

The project entails a renovation and expansion of the performing arts center. 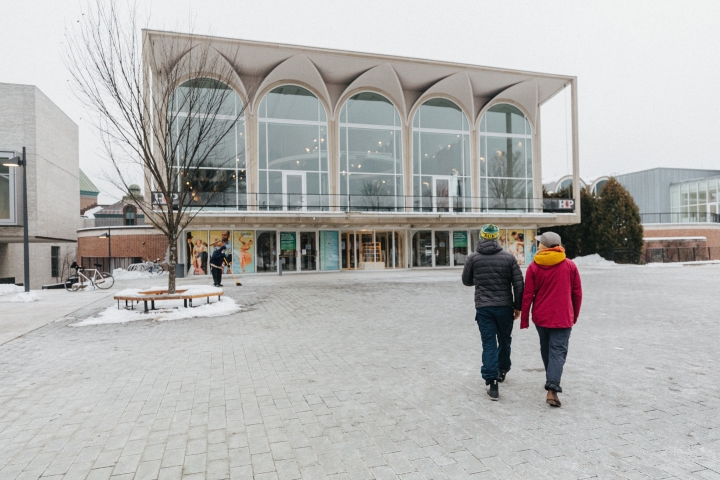 Dartmouth trustees last week approved the expenditure of $7.5 million to complete designs for the renovation and expansion of the Hopkins Center for the Arts.

The $88 million project will create flexible venues, expand the center by approximately 17,000 square feet, and renovate more than one-third of the building to foster the creative aspirations of today’s students and artists and meet the expectations of audiences.

Dartmouth announced in February 2021 that Oslo architectural firm Snøhetta will lead the project. Initial concepts and renderings from Snøhetta will be released in the coming months.

When it opened in 1962, the Hop was among the first university art centers in the country to bring music, theater, dance, and film programs together under a single roof. The expansion and renovation will support greater and more ambitious creation of cross-disciplinary work and meet the growing demand from students and faculty for artistic expression and experiences.

Construction is scheduled to begin in late 2022, and the new, transformed Hop will reopen in 2025 as an important gateway to Dartmouth’s Arts District. During the construction process, the Hop will continue to support the work of its resident academic departments, performance ensembles, and student groups as well as offer a range of in-person performances and programs across different parts of the Dartmouth campus, in collaboration with other venues in the region, and within the building itself during certain stages of the project.

Before COVID-19, the Hop welcomed approximately 70,000 people annually to its live performances. The pandemic has led to the addition of a robust digital program, which has allowed the Hop to connect with audiences around the globe. The arts center mounts approximately 50 student performances and productions each academic year, and more than 300 students participate in performing ensembles led by professional artists. Additionally, approximately 1,600 students create work in the Hop’s jewelry, woodworking, and ceramic studios each year.

The expansion and renovation of the Hopkins Center is a top priority of Dartmouth’s Call to Lead fundraising campaign.