The first physician to serve as Dartmouth's president and the first Asian-American to serve as president of an Ivy League school, Jim Yong Kim came to Dartmouth having distinguished himself as a global health expert, anthropologist, educator, and innovator at Harvard University and the World Health Organization. He revitalized the College's long-held commitment to prepare students for tackling the world's most pressing problems, and brought these Dartmouth values to the international stage when, in July 2012, he took office as the president of the World Bank.

President Kim identified powerful potential in the College's integration of undergraduate liberal arts programs with graduate engineering, business, and medical schools. He capitalized on Dartmouth's unique confluence of resources to create the Dartmouth Center for Health Care Delivery Science, which was the first international network of researchers and practitioners to design and implement new models of high-quality low-cost care. He also established the National College Health Improvement Project, a 32-college collaborative that signified the first time public health methodologies were ever employed in efforts to reduce high-risk drinking on campuses across the country.

President Kim's tenure began at the peak of the global economic crisis, and under his leadership, Dartmouth quickly overcame its budget deficit and reinforced its financial foundation. His administration saw the completion of the Class of 1978 Life Sciences Center and Black Family Visual Arts Center and oversaw the building of the Class of 1953 Commons. President Kim also launched an institution-wide strategic planning process to chart a bold and aspirational vision for Dartmouth's future, challenging all members of the community to make a lasting positive impact on the wider world. 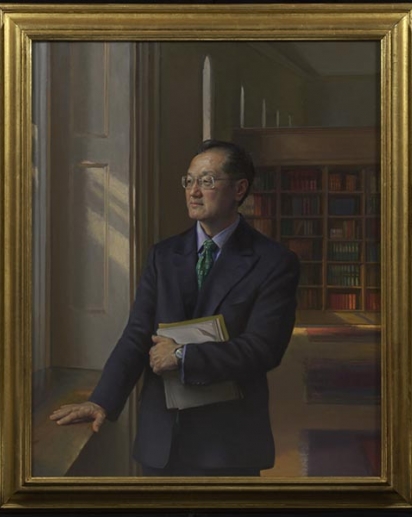