A graduate of Harvard College and Yale Law School, James O. Freedman firmly established Dartmouth as a national leader in both undergraduate teaching and scholarship, and created in Hanover, as The New York Times described it, "a haven for intellectuals."

His administration was marked by numerous academic initiatives, a bold enhancement of the physical campus, and a strengthening of Dartmouth's graduate programs and professional schools.

President Freedman led the most comprehensive overhaul of the Dartmouth curriculum in more than 70 years and established or revitalized programs in Latin American, Latino, and Caribbean Studies; Electro-Acoustic Music; Environmental Studies; Jewish Studies; and Linguistics and Cognitive Science. He introduced or restored the teaching of the Arabic, Hebrew, and Japanese languages, founded the Institute of Arctic Studies, and incorporated into the curriculum majors in Women's Studies and African and African-American Studies.

During his administration, Dartmouth achieved gender parity in the student body. In the professorial ranks the College led the Ivy League with the highest proportion of women among tenured and tenure-track faculty.

James O. Freedman presided over the most successful capital campaign in Dartmouth's history—$568 million raised, exceeding the original $425 million goal. Those resources supported Dartmouth's faculty, fortified its financial aid resources, and provided for several important facilities projects. His administration saw the addition of state of the art buildings for the Computer Sciences, Chemistry, and Psychology, as well as The Roth Center for Jewish Life and the Rauner Special Collections Library.

Shortly before he stepped down in 1998, ground was broken for the Baker-Berry Library project, a pioneering model for access to books and electronic information in the 21st century.

The author of an award-winning book, Idealism and Liberal Education, James O. Freedman became one of the nation's most eloquent spokespersons on the importance of the liberal arts and, under his leadership, Dartmouth enhanced its reputation as one of the country's most respected institutions of higher learning. 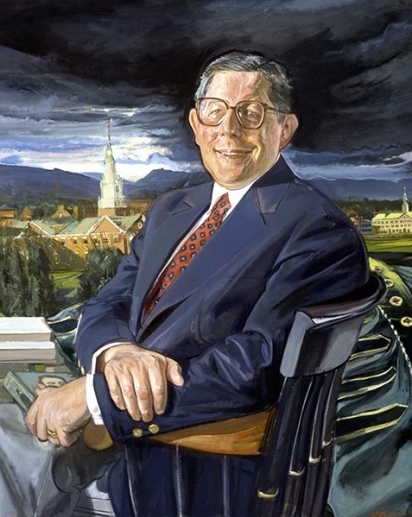