Please join us for a talk given by Dr. David Barack, a postdoctoral fellow in Psychiatry and Psych Molecular Physics, Columbia University / University of Pennsylvania. 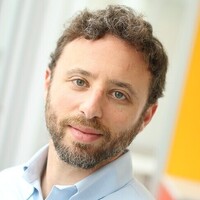 Title: Signatures of information foraging during learning of complex environments

Abstract: Whether negotiating social spaces, solving puzzles, or planning research, humans reason and learn in complex environments. From learning social hierarchies to planning a foraging route, nonhuman primates also face complex problem spaces. To investigate how these complex environments are learned, monkeys and humans played a simplified version of the game Battleship. Monkeys and humans learned the shapes in the environment by searching through a grid to uncover parts of shapes, receiving reward as well as information. Subjects of both species were adept at this task, quickly learning sets of shapes. Subjects preferred to select informative tiles sooner in trials than rewarding ones. Subjects also often made sequences of choices of neighboring tiles in areas of the board. Decisions to jump to explore another part of the board were predicted by information outcomes dropping below the average across all choices, a signature of foraging algorithms. Reward outcomes in contrast failed to predict these choices. Further, how well subjects’ choice sequences matched foraging patterns predicted the rate at which shapes were learned across trials. The orbitofrontal cortex (OFC) has been hypothesized to underlie learning such environments. Preliminary results from electrophysiology recordings performed while monkeys played a variant of the task revealed changes in a population of OFC neurons that suggest a consolidation of shape representations during learning. In sum, behavioral evidence suggests both humans and monkeys forage for information to learn complex environments, a cognitive function seemingly supported by the formation of representations in OFC.