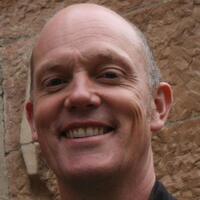 Please join us on Friday, October 8, 2021, at 3:30 p.m., for a virtual colloquium given by our Koehler Lecturer, Matthew Rushworth, Watts Chair and Professor of Cognitive Neuroscience, Department of Experimental Psychology and Wellcome Trust Centre for Integrative Neuroimaging, University of Oxford. Title/Abstract are below, and Zoom details will be provided at a later date.

Title:  Activation and Disruption of a Neural Network for Learning Choice Values and for Making Novel Decisions

Abstract:  Decision making is not just guided by immediately available sensory evidence but by information held in memory. In this talk I will review some recent studies that have used a combination of fMRI and transcranial ultrasound stimulation to both record from and perturb frontal cortical brain circuits for decision making in macaques.  Activity patterns in different parts of cingulate and prefrontal areas appear to guide different types of decision making.  For example, a region on the border of the orbitofrontal and ventrolateral prefrontal cortex, area 47/12o, is active when learning precise outcome associations for specific objects.  These reward associations can be retrieved and used to guide decision making when the same objects are encountered again in the future. This ability is changed by disruption of 47/12o.  However, in other situations animals construct an estimate of a choice’s value when it is encountered for the first time on the basis of its similarities with previously encountered options. In a second experiment macaques learned that attributes of visual stimuli predicted either reward magnitude or probability. After extensive training, activity in orbitofrontal cortex tracked the value of the stimuli.  Animals were, however, also able to combine information about both attributes when they encountered novel stimuli comprising features of both original stimulus sets.   The ability to make such novel decisions was related to activity in an anterior medial frontal cortical region that is homologous to one identified in many human neuroimaging experiments. Some features of the activity suggested a grid-like encoding of an abstract value space occurred in these regions.  Temporary disruption of this area compromised monkeys’ ability to make novel decisions.