Lecture on Inequality, Discrimination, and Opportunity 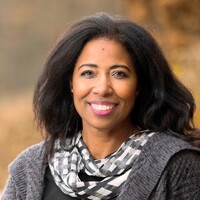 The Department of Economics is pleased to sponsor this lecture series to deepen Dartmouth students' understanding of the role of inequality, discrimination, and opportunity in society and to highlight how economics can increase our understanding of these phenomena and inform policy responses.

Abstract:
Of Black protest against racial injustice, Sadie T.M. Alexander stated in 1963 “It was born with slavery and has been nurtured by degradation, discrimination, and segregation until it has become the greatest single moral issue of the 20th century.” Professor Nina Banks will discuss the role of historical memory in the loss and recovery of the political economic thought of Sadie T.M. Alexander, the nation’s first Black economist, who became a lawyer after she was unable to gain employment as an economist in 1921 when she finished her doctorate degree. Sadie Alexander’s economic thought provided a counter-history of African Americans. The talk explores the ongoing relevance of Alexander’s challenges to Black oppression and ideas for liberation.

Nina Banks is President of the National Economic Association and Associate Professor of Economics at Bucknell University. She serves on the Boards of the Economic Policy Institute and the Review of Black Political Economy and previously on the board of the International Association for Feminist Economics. Her research makes visible the hidden work of Black and other marginalized women by developing an economics of their community activism against racial and ethnic disparities. Her determination to restore Black women to U.S. history led to the recovery of the economic thought of the first Black American economist, Sadie T.M. Alexander.

Professor Banks is the founder and organizer of the annual Freedom and Justice conference of the National Economic Association and the American Society of Hispanic Economists. The conference brings together scholars who are dedicated to finding solutions to the economic problems facing racialized communities in the U.S. Professor Banks holds a doctorate in Economics from the University of Massachusetts Amherst and a bachelor’s degree in Economics and Social History from Hood College. She is the author of Democracy, Race, and Justice: The Speeches and Writings of Sadie T. M. Alexander (Yale University Press) 2021 and is writing a biography of Sadie Alexander.