Changing the Conversation around Mental Health--It’s Way Past Time 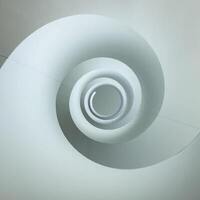 In Person in Filene Auditiorium, Moore Hall
~or~
Livestreamed: https://dartgo.org/mentalhealth

For years, John Broderick’s eldest son struggled with alcohol problems, which had masked a severe underlying mental health issue. One evening, that struggle resulted in an assault that sent John to the hospital and his son to prison.

As a family they survived and healed, and now use their experience to help educate others that mental illness is not something to be ashamed of. Rather, it is something to be recognized and to be addressed just as any physical illness would be.

He was a member of the New Hampshire Supreme Court from 1995 to 2010. During his last seven years as chief justice, much of his focus was on court reform in an effort to make the justice system in our state more accessible, affordable and understandable for more of our citizens. He was the first chief justice in New Hampshire’s history to appoint a Citizens Commission on the State Courts so that citizens could examine how the courts functioned and how they could be improved to better serve those who needed them.

After stepping down as chief justice, he became dean of the Law School at the University of New Hampshire. John was also the founder of the Warren B. Rudman Center for Justice, Leadership and Public Policy at the law school.

Herschel Nachlis is Research Assistant Professor in the Department of Government and Policy Fellow in the Rockefeller Center for Public Policy and the Social Sciences at Dartmouth.

Brice Acree ’09, Ph.D., passed away November 11, 2019. He majored in government and French and completed a French foreign study program in Paris. He served the Dartmouth community as a class officer and an admissions ambassador. Dr. Acree was a professor of political science at Ohio State University and is survived by his wife, Lauren, and son Theodore.