25th Silver Anniversary Ciné Salon promises BIG surprises of films with a live audience! Only clue: the director’s name and a list of their films. 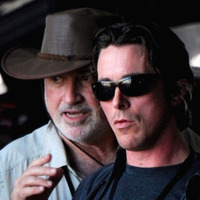 “Nostalgia is a powerful feeling; it can drown out anything.” —Terrence Malick

“When people express what is most important to them, it often comes out in cliches. That doesn't make them laughable; it's something tender about them. As though in struggling to reach what's most personal about them they could only come up with what's most public.” —Terrence Malick