The best animated shorts of the year, gathered together in one exclusive program. 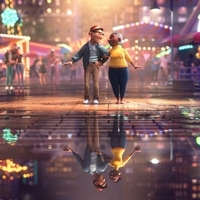 Here's your exclusive chance to see the nominated shorts in Animation before the Oscars. Traditionally among the year's most creative and surprising work, these gems are also the most difficult to find. While we can't predict the nominees, we're certain Disney's fabulous Us Again (above image) will be among them. In addition to the five nominees, the program also contains other notable films from this past year. Nominees announced here on February 7.

The Live Action and Documentary programs will air in April.

For more information, contact:
Hopkins Center for the Arts
hopkins.center.for.the.arts@dartmouth.edu
603-646-2422
Permanent URL to this event: https://president.dartmouth.edu/events/event?event=66005