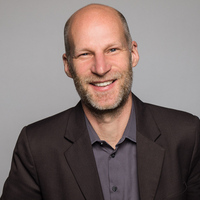 This event has been canceled.

Over the past decades, the writing of European history—in both its incarnations, as the history of Europe, and as the histories of nations in Europe—has seen fundamental transformations. Though it has been adapted in different ways, the global turn has deeply affected the historiography produced in many European countries. On the one hand, crucial watersheds of European history have been reinterpreted as part of larger configurations, and as responses to global challenges. On the other, it is now clear that Europe’s claim to unity and cohesion was reinforced, not least, by observers from without. In the late nineteenth century, in societies across Latin America, Africa, and Asia, contemporaries began to refer to a “Europe” that was less a specific location than a product of the imagination; the result less of geography or culture than of global geopolitics. What emerges, then, is an understanding of the history of the continent that places it firmly in the context of global conjunctures and repeated moments of re-territorialization.

Sebastian Conrad holds the Chair of Modern History at Freie Universität Berlin. He joined the faculty in 2010 after teaching for several years at the European University Institute in Florence. He is the author of numerous books, including The Quest for the Lost Nation: Writing History in Germany and Japan in the American Century (University of California Press, 2010), Globalisation and the Nation in Imperial Germany (Cambridge University Press, 2010) and What is Global History? (Princeton University Press, 2016).

This event is sponsored by the History Department and Harris Distinguished Visiting Professorship Program.