Revitalizing Democracy at Home and Abroad

A conversation with National Security Advisor Jake Sullivan on revitalizing democracy at home and abroad. 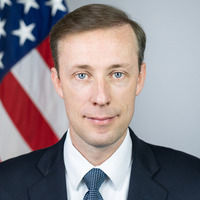 Revitalizing Democracy at Home and Abroad

The World Affairs Council of New Hampshire, NH Civics, the NH Chapter of the Fulbright Association, the Warren B. Rudman Center for Justice, Leadership, and Public Service, the John Sloan Dickey Center for International Understanding, and NH Humanities are honored to host Assistant to the President for National Security Affairs, Jake Sullivan, for a moderated conversation on revitalizing democracy at home and abroad.

As the lines between global and domestic affairs continue to blur, an informed and engaged public is vital to a strong and vibrant democracy. With the United States facing many of the same headwinds as other countries around the world, it is important for a focused and informed approach to tackling these issues, both foreign and domestic. Through a moderated conversation, led by Dr. Melinda Negron-Gonzales, Chair of Security Studies at UNH Manchester, APNSA Sullivan will outline the challenges that democracy faces and present solutions, which everyone can take part in. For the United States to be the “Shining City on the Hill”, it must reflect democratic values at both home and abroad.

Free and Open to the Public
Advanced Registration Required

We hope you can join us for this important online event!

About the Speaker
Jake Sullivan is the 28th Assistant to the President for National Security Affairs (National Security Advisor). In the Obama-Biden Administration, he served as Deputy Assistant to the President and National Security Advisor to then-Vice President Biden, Director of the Policy Planning Staff at the U.S. Department of State, and Deputy Chief of Staff to Secretary of State Hillary Clinton. During his time in government, Sullivan was a lead negotiator in the initial talks that paved the way for the Iran nuclear deal and played a key role in the U.S.-brokered negotiations that led to a ceasefire in Gaza in 2012. He also helped shape the Asia-Pacific rebalance strategy at both the State Department and the White House.

In the years following his service in the Obama-Biden administration, Sullivan was a Senior Fellow at the Carnegie Endowment for International Peace, where he helped conceive and design a bipartisan task force project on a foreign policy for the middle class. He also held teaching posts at Yale Law School, Dartmouth College, and the University of New Hampshire. He co-founded and co-chaired the advisory board for National Security Action, a nonprofit national security advocacy organization, and served on the advisory boards of a number of organizations involved in foreign policy and national security.

About the Moderator
Dr. Negrón-Gonzales has taught at UNH since fall 2008 and teaches courses on global studies and comparative politics. She is the Chair of the Department of Security Studies and the Founding Program Director of the Global Conflict and Human Security master's program.