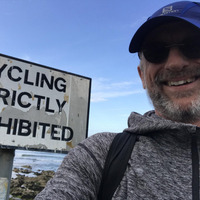 The Philosophy department is pleased to present:

Title: How Much are Large Language Models narrowing the Gap to Human Intelligence?

Description: "ChatGP was released in late October, 2022.  It is a public interface to GPT-3, an artificial neural network with 175 billion parameters trained on terabytes of text from the internet.  It is paradigmatic of the class of Large Language Models (LLMS) based on deep (multilayer) learning.  Chat GPT provides a simple public interface that allows users to type in queries (aka "prompts") and receive multi-paragraph responses where appropriate.  It has many surprising capacities such as being able to generate computer programs for specific tasks, writing doggerel about mundane subjects in the style of famous people, and generating reasonable albeit pedestrian syllabi for college courses.  It can also write answers to typical academic examination questions that are sometimes factually wrong or conceptually incoherent, but frequently highly plausible and often accurate enough for the purpose.  As such, then, it does not differ from much of the writing that we, as educators, see at the undergraduate level, and many of its essays would easily pass muster at the level of a B grade in an introductory course.  This has led some commentators to suggest that education as we know it is over.  Less hyperbolically, many commentators have argued that it marks the end of the take-home exam.  I will argue that this is an overreaction, although some adjustments to our assignments may be necessary.  But more interestingly, the way in which ChatGPT shows its limitations exposes real gaps between the cutting edge of LLMs and the kind of self-monitoring intelligence which we aim to foster and to assess in our students.  I will draw out the lessons from these failings for how we should think about the role of metacognition and wisdom in the kind of intelligence that most humans are capable of displaying, but which is absent from the best that LLMs currently provide."

The Sapientia Lecture Series is underwritten by the Mark J. Byrne 1985 Fund in Philosophy, which is an endowment established in 1996 to help support the study of philosophy at Dartmouth College. For more information, please visit: https://philosophy.dartmouth.edu/news-events/sapientia-lecture-series