Join us for a Rocky Talk Live conversation with Hanover Town Manager Alex Torpey about the role that local government can play in reshaping how we govern. Ron Shaiko moderates. 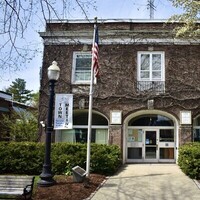 Alex Torpey is municipal manager, entrepreneur, educator, consultant, and speaker who is currently the Town Manager of Hanover, New Hampshire.

Previously, Alex was the Business Administrator for the City of Lambertville, NJ and the Borough Administrator for Leonia, NJ. He was elected Mayor of his hometown of South Orange, New Jersey in 2011 (by 12 votes), which at 23 years-old, made him one of the youngest mayors in the United States.

Alex has taught as a visiting professor of governance and technology at Seton Hall University in their Master of Public Administration program since 2014.

Alex is also a consultant, most recently designing and implementing a civics pilot program for Morristown Unity Middle School (NJ), and worked with Sustainable Jersey as the consulting Program Manager for the Public Information and Engagement Program, providing technical assistance to municipalities to help them improve their communications and technology programs, and designed and implemented the Pathways nationwide nonpartisan civics leadership program for Run for America.

Previously, he was the founder and managing partner of Veracity Media and the founder of the nonprofit “Rethink Leadership.” Alex earned his Master of Public Administration in Emergency Management from John Jay College of Criminal Justice, and his BA in the Political Science of American Law from Hampshire College.

Alex also discusses philosophy, technology, culture, nature and governance on his podcast “Rethinking with Alex Torpey,” taught environmental education at Fairview Lake YMCA, volunteered for ten years as an Emergency Medical Technician with the South Orange Rescue Squad, mentored and advised dozens of political candidates, entrepreneurs, and organizations, and has traveled to over 30 states and a dozen countries, including a two-month governance study in East Africa in 2015 and a four-month road trip across the country in 2021. Alex is an avid lover of the outdoors, nature, reading, writing, philosophy, and photography.

Ronald G. Shaiko is a Senior Fellow and the Associate Director for Curricular and Research Programs at The Nelson A. Rockefeller Center for Public Policy and the Social Sciences. The 2019-2020 academic year marks his 33nd year of university teaching and his 19th year at Dartmouth College.

In November of 2007, he received the Linda '82 and Paul Gridley Faculty Fellow Award from the Dean of the College; the award recognizes exemplary faculty involvement outside of the classroom.

Prior to coming to Dartmouth, Professor Shaiko was the Fulbright Distinguished Chair in American Politics in the American Studies Center at Warsaw University in Poland during the 2000-2001 academic year.

Throughout the decade of the 1990s, Professor Shaiko taught at American Univ, where he founded and served as the founding academic director of the Lobbying Institute. During his 10 years at American, Professor Shaiko served as an American Political Science Association Congressional Fellow in the U.S. House of Representatives in 1993-1994 and as a Democracy Fellow at the United States Agency for International Development in 1998-1999.

During his more than three decades of teaching and research, he has received more than $1.4 million in grants, awards, and fellowships.