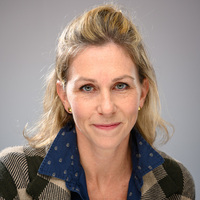 Anthropology Colloquium with Holly Dunsworth, Professor of Anthropology, University of Rhode Island.
"New Wives’ Tales: Evaluating Darwin’s Application of Sexual Selection to Humans in Light of 150 Years of Science and Other Progress"

In Descent of Man, Darwin parlayed visible anatomical differences between sexes—like those in skin color and height—into the evolutionary logic behind why Man and Wife perform differently, in matters of love, sex, parenting, cognitive feats, comedy, and seemingly everything else, according to the contemporary world views he continues to shape.

But pop culture has been slow to adopt new knowledge that has complicated and overturned old facts. While sexual selection has been a powerful explanatory tool for understanding evolution in myriad species, and while it has likely shaped our own, sexual selection is weak, at best, for explaining some of the most conspicuous human variation. In hindsight, many of Darwin’s narratives read like just-so stories; some might even call them old wives’ tales if they had not begun with an old husband.

Much of the novel insight on human evolution, including especially the evolution of human skin color variation, has come from women, despite persistent beliefs like Darwin’s that, “Man is more courageous, pugnacious and energetic than woman, and has a more inventive genius.” Darwin even concludes, as if by scientific logic, that, “man has ultimately become superior to woman.” For Darwin, women were wives but men were so much more than husbands, this seeded his science of sex differences. From his view of life, Darwin penned nature’s seal of approval.

Darwin naturalized gender differences, made them biological, made them adaptive, made them morally valuable. All of us suffer from bias, but powerful men seem to share one particular form of bias when it comes to our species’ shared origin story. Fuhrers and ex-presidents, their oppressive human evolutionary narratives sound a lot like Darwin’s, which directly inspired the exclusion of “wives” from higher education and from science. Getting humanity’s origin story right matters a great deal to humanity.