The Decline of Democracy

Mike Smeltzer focuses on the Kremlin, how anti-democratic “alternatives” to liberal democracy pose a threat to democracy around the globe. 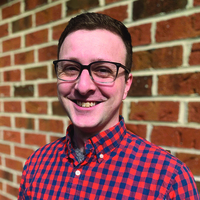 Democracy is under attack around the world. According to Freedom House, global democracy has been on the decline for 15 years - even longer in Europe and Eurasia. Mike Smeltzer will explore how the Kremlin’s recent invasion of a sovereign, democratic Ukraine painfully demonstrates that the global expansion of authoritarian rule and the proliferation of antidemocratic “alternatives” to liberal democracy pose an existential threat not just to Ukraine, but to democracy and freedom around the globe.

Mike Smeltzer is Freedom House’s Senior Research Analyst for Europe and Eurasia and the project lead for Nations in Transit, the democracy watchdog’s annual survey of democratic governance from Central Europe to Eurasia. His commentary and writing on Russia’s domestic political developments, rising authoritarianism in Eurasia, and democratic decline in Eastern Europe have appeared in the LA Times, Foreign Policy, US News and World Report, NPR, and Radio Free Europe. He holds a Master’s degree in Russian, East European, and Central Asian Studies from Harvard University and a BA in Russian language and philosophy from St. Olaf College.

Dartmouth College Faculty, Staff, and Students can receive a complimentary ticket to the lecture. Please show your Dartmouth ID at the door of Spaulding Auditorium or call 603-646-0154 to register for the livestream.