President of Iceland, to speak at Dartmouth 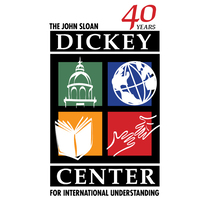 Small Iceland: Reflections on independence and interdependence, nationalism, and globalization

And via Zoom at: https://dartgo.org/iceland

Sponsored by the Institute of Arctic Studies at the John Sloan Dickey Center for International Understanding and the Stefansson Arctic Institute of Iceland.

The Institute of Arctic Studies at the John Sloan Dickey Center for International Understanding, in partnership with the Stefansson Arctic Institute of Iceland, is honored to host Dr. Guðni Th. Jóhannesson, President of Iceland, for the 2022 Stefansson Memorial Lecture. Prior to taking office as president in 2016, the President taught history at the University of Iceland as well as Reykjavik University. He earned his Ph.D. in the subject at Queen Mary University of London in 2003, and previously studied at Oxford University as well as the University of Iceland. He has published books and articles on modern Icelandic history, the presidency, economics, and other extensive subjects.

As the Arctic has increasingly become the center of political, economic, environmental, and strategic discourse, the nations and peoples have had to contend with rapidly changing times. The President offers his reflections on this subject, and how Iceland continues to maneuver through the challenging political waters of a transforming world.